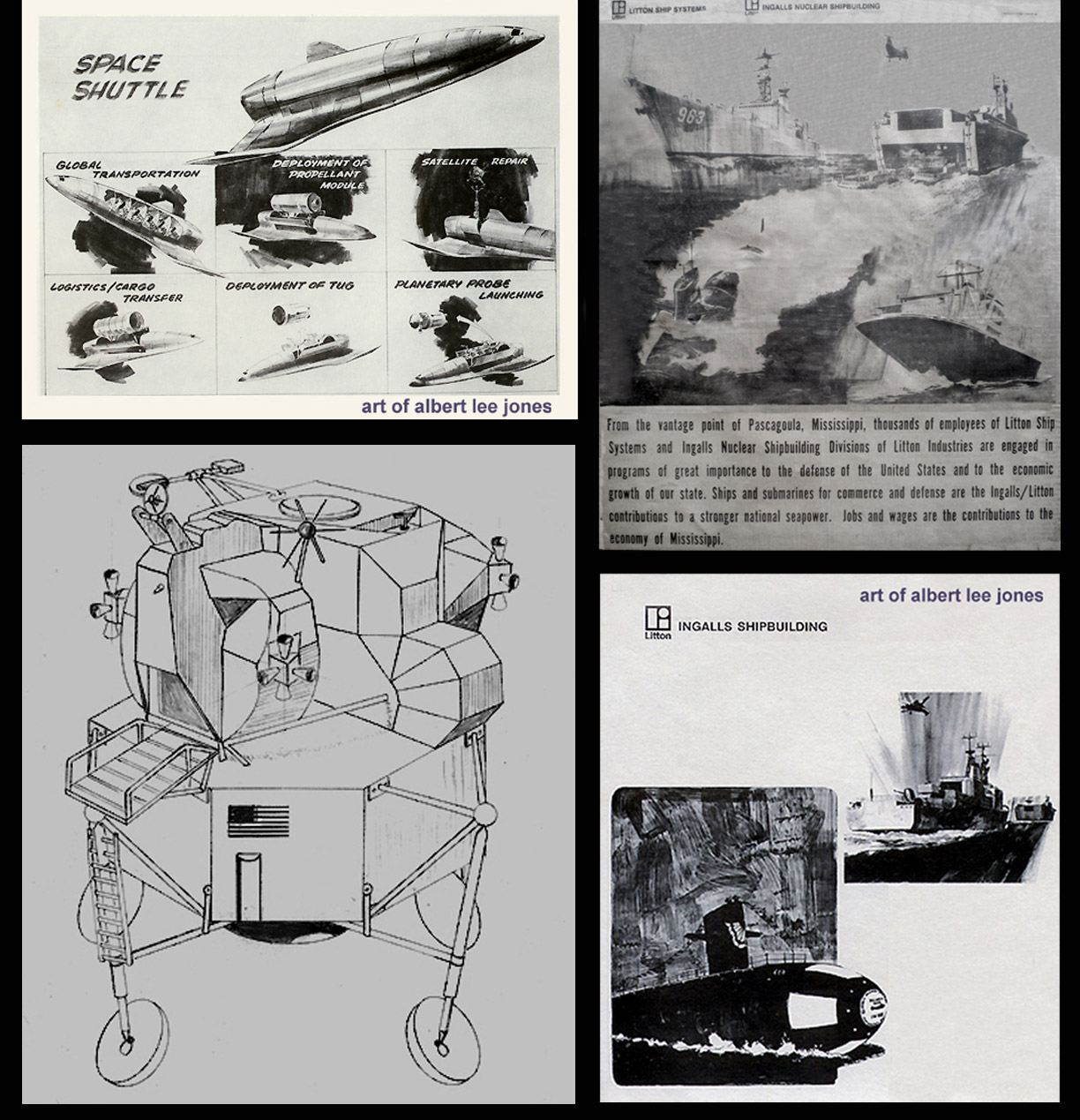 TOP LEFT - "Original Space Shuttle Concept"-Designed by Dr. Wernher von Braun's Scientific Executive Team, NASA Program 1969. This is one of a number of Original Space Shuttle concepts illustrated as a technical Illustrator in support of  the Wernher Von Braun Scientific Design Team. Hundreds of such illustrations were created by our group of artists for the NASA Mission Report; presented to Congress by Vice President Agnew in 1969. This Shuttle image is taken from a copy of the report, which was presented to each member of our group by the Executive Team as a participating conceptual artist for the program. Only a limited number of original copies were printed, making the report a historical relic.

TOP RIGHT - "Original copy of the First Newspaper Ad"- promoting the Historical Merger of Litton Ship Systems with Ingalls Nuclear Shipbuilding, Inc., and the production of the Navy's first LHA Amphibious Assault Ship and DD Destroyer, early 1970's. For the first time in US history, both ships were produced on an "assembly line" and launched via a pontoon, rather than the traditional inclined "Way System."
BOTTOM LEFT - Pencil Drawing of "The Lunar Lander," Lunar Mission (Man on the Moon), 1969- while serving as an Illustrator for NASA's Dr. Wernher von Braun Scientific Executive Team.
BOTTOM RIGHT - "First Litton Ship Systems/Ingalls Shipbuilding Telephone Directory Cover, representing the historical merger of Litton Ship Systems with Ingalls Shipbuilding, Inc., early 1970's. The cover design and Illustration were produced as an employee illustrator for Litton. The Cover, along with the Newspaper article, were the first official printed images representing merger of the two companies.